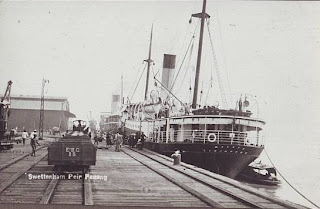 A town and the main gateway by sea into Malaysia. Colonially known as Port Swettenham now Port Klang, it is also the location of the largest and busiest port in the country. It is located about 6 kilometres (3.7 mi) southwest of the town of Klang, and 38 kilometres (24 mi) southwest of Kuala Lumpur. 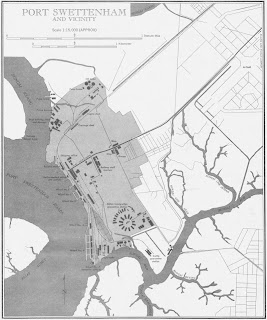 Lowry used the name of the port for the title of a short story published in Experiment 5 February 1930. Lowry set scenes in the port centred around the death of the pigeon adopted by Norman, a crew member. He later changed the port in the short story 'On Board West Hardaway' to Penang and later again to Tsjang Tsjang (Dairen) in his novel Ultramarine. In the 1940 version of Under The Volcano, the story reverts back to Port Swettenham (Pg. 54-55). 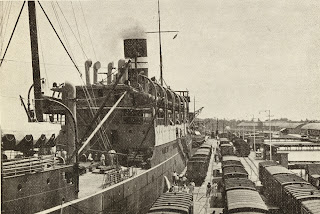 Direct references to the port include; "Damn all Janes in Swettenham. It's only Norman's Mickey-" 'On Board West Hardaway' (Pg. 32) and  Lowry refers 3 times to the port in his first novel Ultramarine; "I am on a ship, I am going to Japan - or aren't I?" then he lists all the places Dana is due to visit including Port Swettenham (Ultramarine Pg. 18); "Why,! I went a shore at Penang. And in Singapore and Kowloon and in Port Swettenham too!" (Pg. 58) and "Yes, and Swettenham was a hell of a place for mozzies too." (Pg. 177). 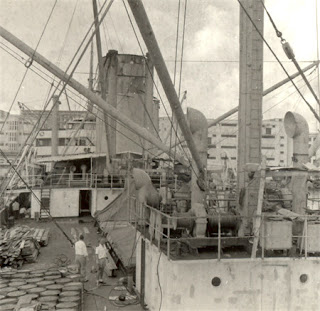 Posted by Keeping Soul Alive at 11:48

Email ThisBlogThis!Share to TwitterShare to FacebookShare to Pinterest
Labels: On Board West Hardaway, Port Swettenham, The 1940 Under The Volcano, Ultramarine, Ultramarine Chapter 1